“The future of nutrition is found in the ocean.” — Jacques Yves Cousteau

The Food and Medicine of the Future

Marine Pytoplankton is an Excellent Source of Energy

Normally, our bodies have to break down everything we eat into little packets of protein, sugar, fats and oils. These items are then then put into one end of the mitochondria factory, which then come out the other side as tiny energy units called nucleotides. These are ATP, ADP, AGP, etc. These nucleotides are the currency of the cell — which means they are biological battery packets that are used to produce cellular energy. The nucleotides in phytoplankton actually bypass the mitochondria production factory altogether because phytoplankton nucleotides directly feed the cell with the energy. For this reason, a cell can produce energy quickly and effectively without having to use up all the energy required during the digestion process.

The effect of taking medium to high dosages of marine phytoplankton daily, will be increased energy with no stimulation. The ATP and other nucleotides found in the plankton turn directly into energy once they are in the human body. This makes marine phytoplankton the leading superfood product in the world.  The ones who will benefit most from it are those needing to work extra hard in high-stress environments without sleep and who require long-term energy and focus, without stimulants. In this department, marine phytoplankton is unsurpassed. 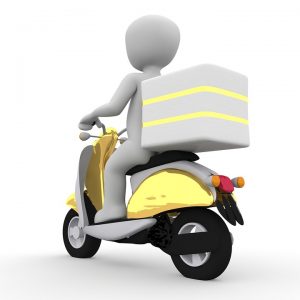 What Measures Can Companies Take to Keep Working During the Lockdown?

How are Businesses Preparing for Lockdown Situation During Coronavirus?