Do you want to know why Marine Phytoplankton & Blue Spirulina Phycocyanin are so Important?

Do you want to know the Specifics of how Nano cleans 70% of the Air we are Breathing in?

It is information you need to know! Let’s begin with a brief explanation of some of the most noteworthy algae before we dive into Nannochloropsis and Phycocyanin.

Without nannochloropsis, life on earth would be the end, through starvation or asphyxiation. You can likely see the point, if nannochloropsis is responsible for life indirectly, think of all the probable benefits for your health – but more on that shortly.

Spirulina is freshwater algae, blue green in color and officially classified as Cyanobacteria. A single-celled algae, Spirulina thrives in warm, freshwater, favoring alkaline lakes and ponds. Phycocyanin is water soluble pigment protein is derived from Spirulina. And give great promise due anti-inflammatory and neuroprotective effects as well as other benefits.

Aquaculture – How Nannochloropsis is Growing

Mr Ros Nannochloropsis is grown naturally with natural daylight (no artificial light), and natural seawater from the depths (no added salt). The aquaculture process for cultivating Nannochloropsis is more difficult and more costly than that of Spirulina and Chlorella. The producer of Mr Ros’s Nannochloropsis have more than 10 years experience in its cultivation.

It thrives in cold water and lots of light essentially living in a bubble where they transform the sea, converting carbon dioxide (CO2) and pollutants into oxygen (O2) as well as the optimal food source of fatty acids, proteins, nutrients, and minerals which are the basis of the food chain.

Nannochloropsis is self-regulating, going deeper in the water or elevating themselves higher as needed for survival and subsequent oxygen and food production.

The Benefit of Nannochloropsis

These microalgae “eat the sea” and make the critical contribution to the control of environmental pollution. Providing 70% of the earth oxygen, while providing the food for the ocean’s creatures. Nannochloropsis feed the zooplankton, which is feed the coral, fish, and other creatures of the deep.

Currently, Mr Ros is working alongside the Rosenstiel School of Marine and Atmospheric Science (RSMAS) at the University of Miami to save the crucial coral population around the world. Gijs Starre, founder of Mr Ros discovered their efforts after wathcing a Netflix documentary and called to offer assistance.

The result, a collaboration intended to save 425 species of coral. In order to save the coral, grow it, and successfully reintroduce it into the sea, the coral is being fed a diet of nutrient rich. Mr Ros Nannochloropsis paste by the RSMAS team of researchers at the University.

Nannochloropsis may be the ultimate healthy whole food source for humans and other creatures of the earth. Offering high levels of phospholipid Omega 3, this marine phytoplankton is a natural and sustainable alternative to popular fish/krill oil Omegas. In addition, Nannochloropsis features a multitude of healthful nutrients including every essential amino acid, vitamins, antioxidants, minerals, and more.

Spirulina or edible Cyanobacteria (blue-green algae) is quite popular as a health food. Survived for billions of years. Cyanobacteria are the bridge between green plants and bacteria. Their ability to harvest and utilize sunlight is more effective than most green plants. Their ability to utilize various forms of energy. Phycocyanin is the light harvesting, water soluble pigment protein derived from Spirulina.

Recent research concludes the anti-inflammatory effects are due to Phycocyanin’s ability to inhibit cyclooxygenase2 (COX-2) an inflammatory enzyme. Currently, the most common pharmaceutical inhibitors of COX enzymes are NSAIDS (nonsteroidal anti-inflammatory drugs) including aspirin and ibuprofen, which while curbing inflammation and reducing pain come with a multitude of undesirable side effects (gastrointestinal issues, ulceration, anticoagulant effects, anxiety, and more).

Studies demonstrate Phycocyanin from Spirulina is COX selective, which allows it to alleviate inflammation and pain without the side effects common with the use of NSAIDS which are not COX-2 selective. The treatment successfully tested in dogs, cats, horses.Treatment of arthritis and other inflammatory disorders are by Human.

As part of the research protocols, the Phycocyanin extract also avaialable in tablets or capsules. Made palatable and pharmaceutically appropriate for animals.

Spirulina’s Phycocyanin is well established through centuries of use along with extensive toxicology studies. In addition to anti-inflammatory properties, Phycocyanin also offers antioxidant properties and has been linked to the prevention of neurological diseases. It has been shown to fight free radicals as well as decrease oxidative stress. Which is theorized to be the cause of degenerative disorders. Antioxidants inhibit free radicals including the superoxides.

Human subjects were given a daily dose of ACE (aqueous Cyanophyta extract). With high levels of Phycocyanin equal to 1 gram phycocyanin daily (GRAS (Generally Recognized as Safe) by the FDA (U.S. Food and Drug Administration)). Safety regarding anticoagulant activity and platelet activation status was established in addition to the rapid relief of chronic pain as well as enhanced liver function and metabolism.

The latest Phycocyanin with Marine Phytoplankton for Horses also available.  Stay tuned, we will come with much more amazing information.

Success! Now check your email to confirm your subscription. 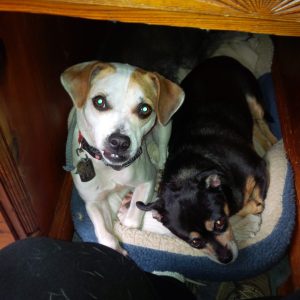 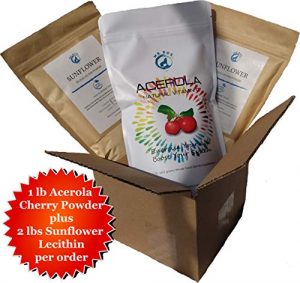 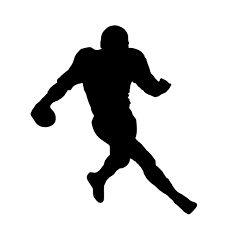