However, this same compound is present in phytoplankton, and in much higher quantities. With this discovery, marine phytoplankton capsules with a high concentration of omega-3 fatty acids are now available.

Let’s have a look at what omega-3 is. Omega-3 is short for omega-3 fatty acid and this family of fatty acids play an important role in the human body.

Omega-3 fatty acids are polyunsaturated, meaning that they have several double bonds in the chemical structure.
The three most important types are ALA (alpha-linolenic acid), DHA (docosahexaenoic acid) and EPA (eicosapentaenoic acid).ALA is mainly found in plants, while DHA and EPA are mainly found in animal foods and algae.

The human brain needs omega-3 to function properly, and the body needs omega-3 for growth and development.
However, our body can’t make omega-3, so we need to consume these fatty acids in foods or as supplements.

Historically, fish oil for omega-3 supplementation was the only option. In addition to fish oil omega 3, there are some common foods that are high in omega-3 fatty acids, like flax seeds, chia seeds, flaxseed oil and walnuts, to name a few.

To date, there is no official recommended daily allowance of omega-3s. However, most health organizations agree that 250–500 mg of combined EPA and DHA is enough for adults to maintain overall health.

According to the National Institutes of Health, fatty fish provides about 1 gram of omega-3 fatty acids in 3.5 ounces of fish. It is recommended that you broil or bake your fish. Frying fish in other oils will cancel its protective properties.

Phytoplankton, also known as microalgae, are similar to terrestrial plants in that they contain chlorophyll and require sunlight in order to live and grow. Most phytoplankton live in cooler, nitrogen-rich parts of the ocean, such as the north Atlantic and Pacific areas.

These single-celled creatures live in the upper levels of the ocean, where they use solar energy to create molecules important to life. Omega 3 fatty acids make up half the body weight of phytoplankton called thraustochytrids. The Enviro-Health Research Laboratories analyzed the total EPA and DHA levels to be 14.4 milligrams per gram of powdered phytoplankton.

In addition, fish accumulate environmental contaminants during their lifespan. Phytoplankton only have a short lifespan, sensitive to environmental change.

An alternative source for fish oil omega 3 supplements may assist an already-taxed fishing industry. Many environmental organizations have shown evidence that some species are being overfished solely to supply the market with fish oil omega 3. Consider this: 600 sardines are needed to make 1 500mg bottle of omega 3 fish oil.

According to Save Our Seas, 75 percent of the world’s fish populations are removed faster than they can reproduce, 80 percent of that is completely exploited, and about 90 percent of all large predatory fish (i.e. tuna, sharks, cod) have vanished. Scientists now believe that fisheries will collapse by 2050 if current practices continue.

Consuming omega 3 without being part of overfishing

Marine Phytoplankton capsules for omega 3 supplementation are the answer. Particularly vegans looking to include DHA and EPA in their diets can get this from phytoplankton.

In fact, from an environmental perspective, it makes sense for omnivores to choose phytoplankton-derived supplements over fish oil, too.

Here are some interesting articles if you’d like to read more about sustainability issues surrounding fish oil:

Omega 3 read more about it in our marine phytoplankton

How much marine phytoplankton you take should be based on the results you are looking for from this product. People take the capsules or powder, for different reasons. Some people are already fairly healthy and are just looking for a healthy product to their already tight regimen. Because they are simply looking to add the health benefits of marine phytoplankton, they may not need to take the same dosage as someone who is overweight and looking to lose weight. They also may need to take the marine phytoplankton for a longer period of time, so to make the weight loss process a healthy one. The people who suffer from different disease like cancer or Alzheimer’s disease can benefit from taking marine phytoplankton, but should consult with their medical professional to identify the best dosage to help their particular ailment.

Fill In What is Missing

When person is unhealthy, overweight, or malnutrition there are going to several essential vitamins and minerals they are missing out on. Nutritionist will tell you that exercise is great and necessary for an over healthy lifestyle, but they also known that being healthy is ninety percent of what you eat. When a person is not healthy they are definitely missing out some essential nutrients whether it is protein, essential fatty acids, vitamin B for energy, or one of the other multitudes of vitamins and minerals found in the marine phytoplankton. Taking the marine phytoplankton on a regular basis can really fill in those nutrition gaps that could be affecting your overall health or sabotaging your weight loss goals. 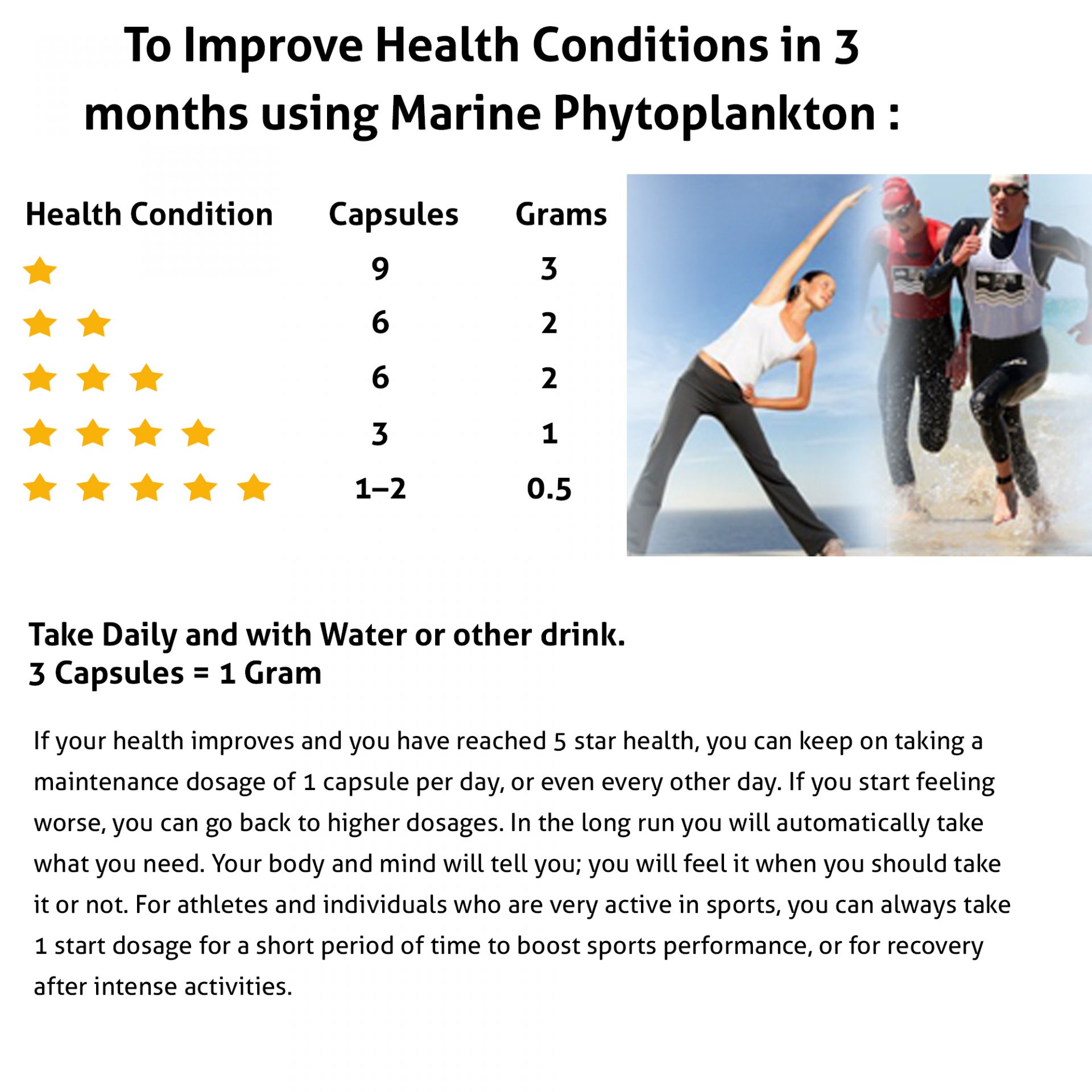 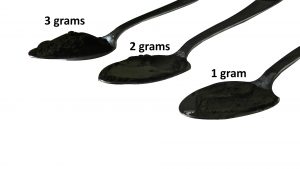